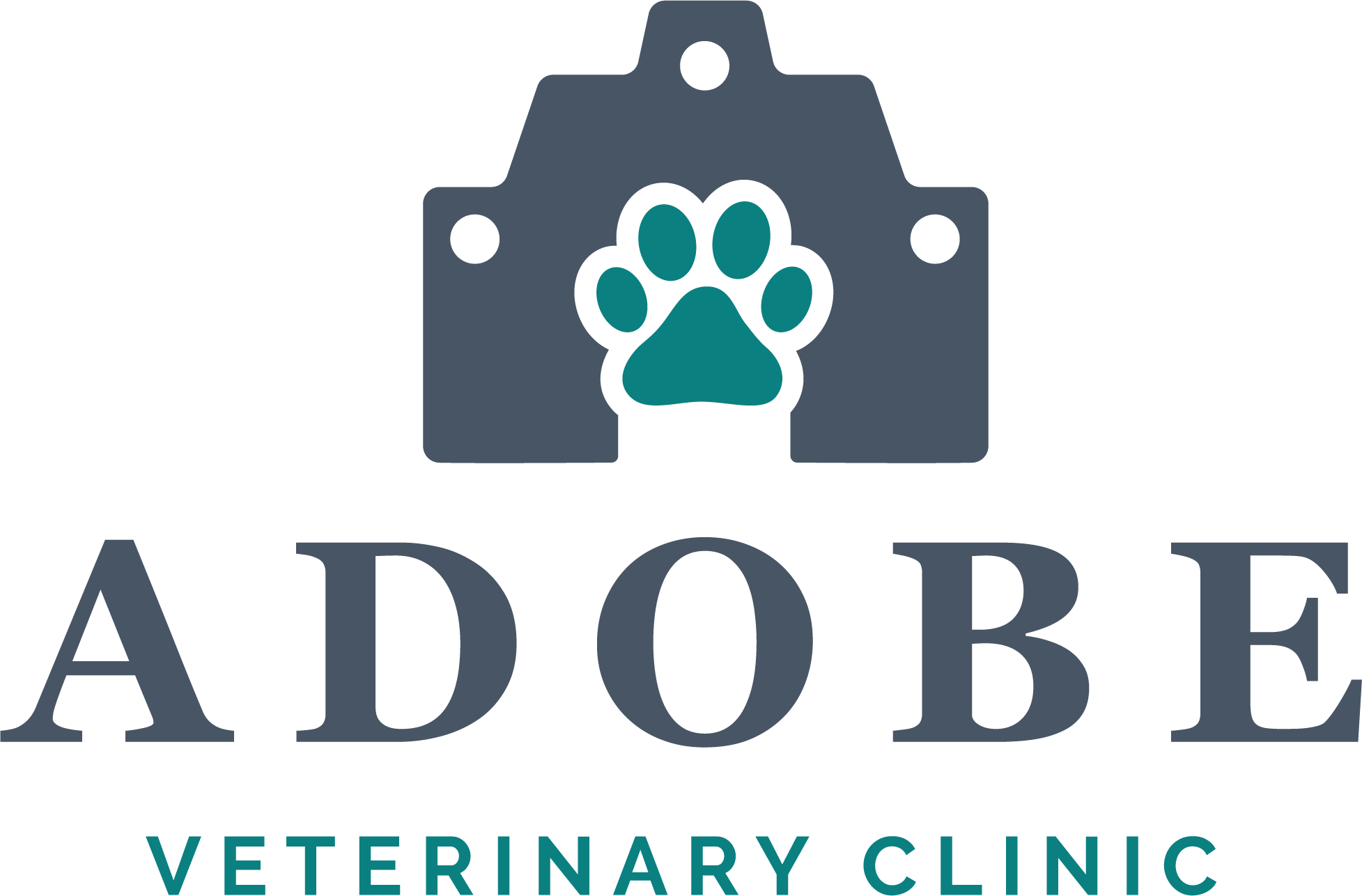 Our staff includes 4 veterinarians, 8 veterinary technicians/assistants, 4 receptionists, an office manager, an assistant manager, and a groomer. Our goal at Adobe Veterinary Clinic is to create an enjoyable working environment for our employees so that they we may all get to know your pet(s) over the years.

Dr. Greg was raised in Colorado and graduated in 1984 from Colorado State University. He worked in Tempe for 4 years and then purchased Adobe Veterinary Clinic in 1988. His two sons (Phil & Andrew) are following in his footsteps and keeping him informed of the latest techniques in veterinary medicine. His wife, Teresa, helps out at the clinic. 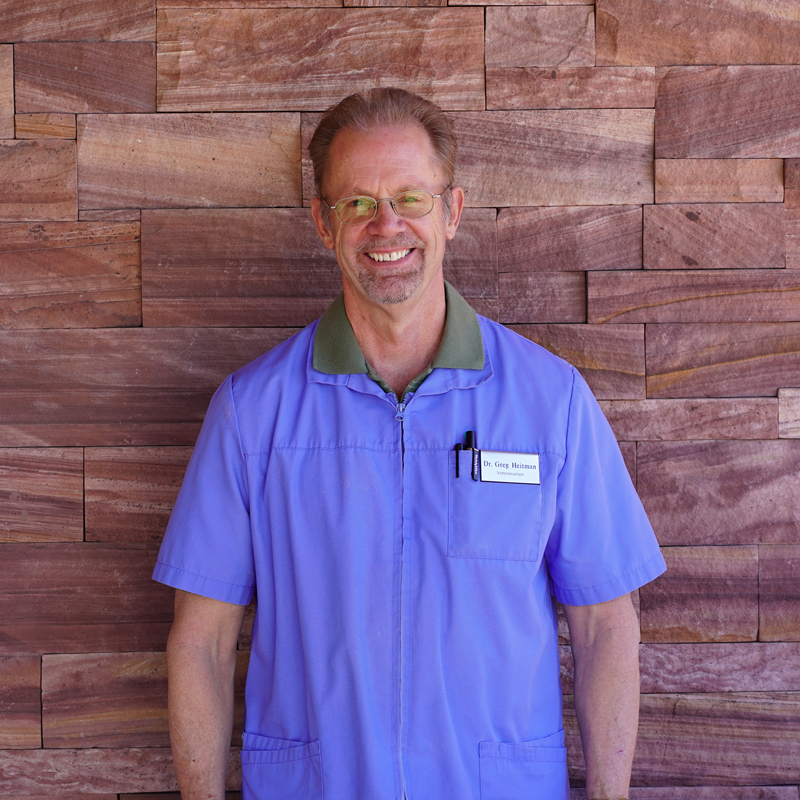 Dr. Phil was born and raised in Mesa. He grew up watching his dad help animals and always knew he would be a veterinarian. In a 2008 he graduated with honors from Arizona State University. He spent the next next 2 years as a vet tech in Seattle and Spokane, Washington. In 2010 he entered into the Washington State University College of Veterinary Medicine class of 2014. His favorite aspects of veterinary medicine include soft tissue surgery, ophthalmology, and dermatology. In his free time he enjoys entertaining his 3 year old daughter Harper and playing fetch with his 2 dogs; Stewart and Finley. 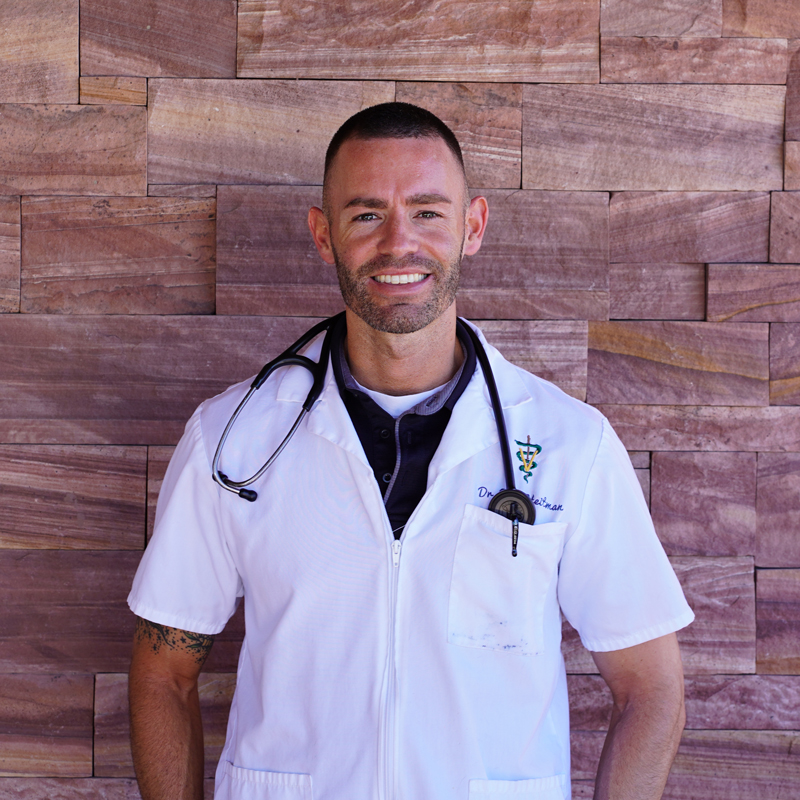 Dr. Ryan was born in Tennessee and raised in Arizona. Her love of animals started at a young age and was fostered by her family’s participation in AKC dog events. She worked at Adobe Veterinary Clinic from 1998 through 2009 as a receptionist, then technician, and eventually office manager. She received a BS in Agribusiness from Arizona State University in 2003, then later went back to complete a few pre-requisite classes to apply for veterinary school. A 2012 graduate of Ross University School of Veterinary Medicine, she completed her final-year clinical requirements at Oregon State University. Dr. Ryan has spent the past 8 years practicing elsewhere in Mesa. She is excited to be returning to Adobe Veterinary Clinic, where she will continue her passion for surgery, behavior, and preventive medicine. Outside of work she is an AKC licensed judge, and enjoys spending her spare time with her Rhodesian Ridgeback dogs, her family and her friends. 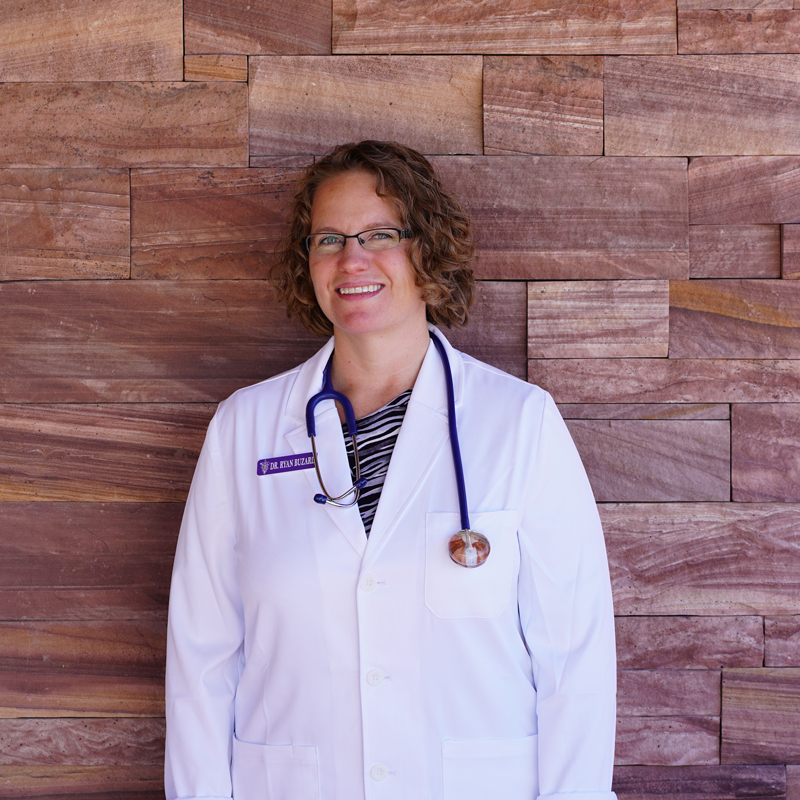 He is the parent of two daughters, Carly and Jaime who along with his partner, Jeanne, are passionately interested in art. The family also includes 5 cats with plans to adopt a dog soon.

Katelyn Burner has been with Adobe Veterinary Clinic since October 2008.  Katelyn was first hired as a veterinarian technician and advanced to become the office manager when Dr. Ryan left for vet school and has been here ever since. She has always considered Adobe home as she began volunteering here at the age of 14 years old. In her free time, she enjoys spending time with her family and going up to northern Arizona to get away. 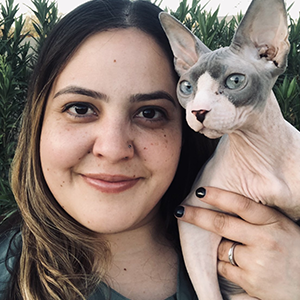 Lisa has been with Adobe Veterinary Clinic since 2018. She has loved animals since she was a little girl. Lisa has been a vet tech for over 16 years. In that time, she has worked with all kinds of animals. From horses to rabbits and everything in between. She started as a technician and advanced to surgery technician and then to assistant manager. She has a great passion and love for helping animals, it always has brought her the most joy. Lisa has a beautiful Husky at home named Zeta and a Corgi named Sookie, who is as spoiled as they come. In her spare time, she enjoys horseback riding and just being a mom and wife to her family. Lisa has found a home in Adobe and is extremely dedicated to the clinic and its patients 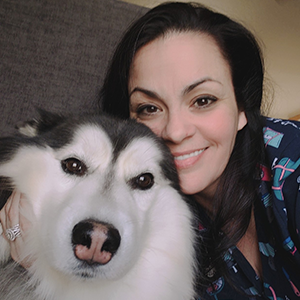 I can't say enough about the staff at Adobe Vet Clinic. Your pet is in loving hands and your pocket book isn't empty

Adobe Vet Clinic is an incredible practice! Dr. Phil recently did a bladder stone removal surgery on our older dog. She was plagued with frequent urination and uncomfortable car rides. After a swift diagnosis and an incredibly informative appointment with Dr Phil and his team our old gal was on the fast track to being Healed. The day of our appt Dr Phil and his amazing team put our mind at ease explaining the entire procedure and path of recovery. As all owners do, we were worried about our pup but all the time knowing she was in great hands. When we picked her up after surgery Dr Phil explained how the entire surgery went. He took his time explaining all potential complications, answering all our questions and putting our minds at ease. His recommendations for changes in food to prevent this from happening again we’re extremely helpful. Thanks to Adobe Vet Clinic, Dr.Phil and all his great staff for taking such great care of our old gal! We won’t ever consider using a different vet!

Dr. Greg Heitman and his staff are the absolute best. They saved my dogs life. We have 2 Miniature Dachshunds puppies. Oscar & Meyer. They are brothers and are 4 months. They have had 2 rounds of shots and were over due for their 3rd and final. We noticed Oscar (who is the Dapple colored) was not acting like himself last week. We took him to Adobe Veterinary Clinic on Tuesday. I had no appointment and walked in. I was very emotional . They could tell right away that Oscar was in pretty bad shape as was I. Dr. Greg took us back immediately. Oscar ended up testing positive Parvo. Dr. Greg had me go get Meyer to have him tested also. Meyer was negative. They had to keep Oscar for 6 days. They let us visit and gave us constant updates on his status. I am happy to say our little boy came home last night and is doing excellent. There is no way Oscar would have survived without Adobe Veterinary Clinic, Dr. Greg Heitman and their compassionate and caring staff. Will never take our dogs anywhere else. The final cost was much less then we were originally quoted or expected. A very special thanks to Barbra.

I recently brought in my dog for a treatment, and the staff was exceedingly pleasant to work with. The doctors were all very cooperative and made the whole process very easy, given I am always very cautious with whose hands I put my pet in. The employees of Adobe more than settled any prior concerns of mine regarding going to a new place to care for my dogs. Excellent service and a now happy, well-cared for pet. I would strongly recommend the Adobe for those in search of a veterinary clinic.

This establishment truly deserves a 10 star rating. The staff is friendly, Doctors are amazing. They truly care for the well being of your animals. I can't say enough and I'm truly grateful for this establishment being here. Thank you all so much for all you do!

Do Your Pets Need Some Help ?